SNEW: South Norwalk Electric and Water > About > Meet the Manager 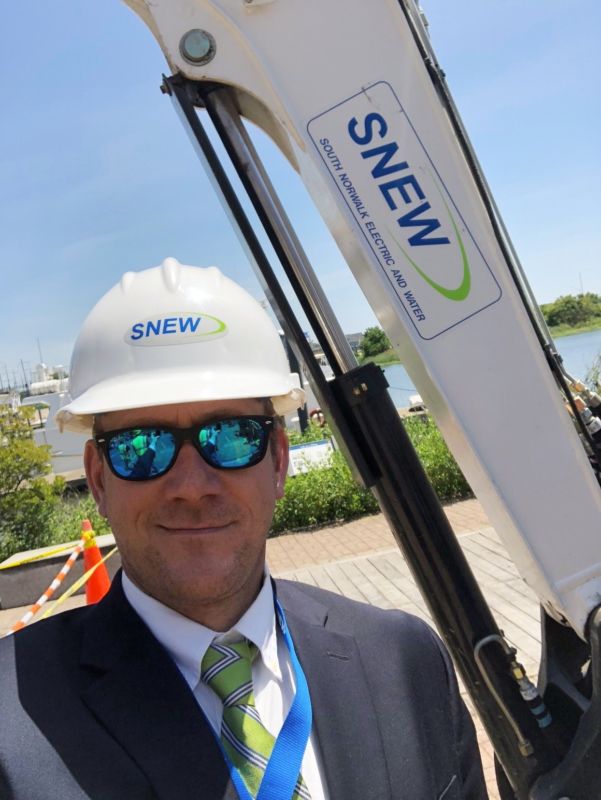 Before arriving at SNEW, Mr. Huth worked in the Engineering and Planning Department at Aquarion Water Company both as the Manager of New Hampshire, Massachusetts, and Special Projects and Manager of Utility Programs. Aquarion serves more than 650,000 people in 51 cities and towns throughout Connecticut’s Fairfield, New Haven, Hartford, Litchfield, Middlesex, and New London Counties. Aquarion is the largest investor-owned water utility in New England and is among the seven largest in the U.S. Prior to Aquarion Mr. Huth was Senior Construction Manager at Lawler Environmental Group, LLC (LEG), an environmental engineering firm based in Nyack, New York. Since their start-up in October 2006, LEG has been awarded and completed numerous contracts providing services to municipal and corporate customers that supply and treat drinking water, and process wastewater. As Senior Project Manager with LEG, he oversaw the complete automation and rebuild of a 20mgd drinking water plant in Greenwich, CT working as owner representative. After the plant rehabilitation, he provided oversight on the better part of a mile of 48” diameter ductile iron pipeline which can convey the entire plant supply for the city of Stamford Connecticut – a mission-critical operation. Prior to LEG, Mr. Huth has managed projects up to $90 million including a 23 story poured-in-place concrete high rise in Manhattan.

Mr. Huth is a long term resident of Norwalk and a SNEW water customer who knows the importance of SNEW’s role in our community.